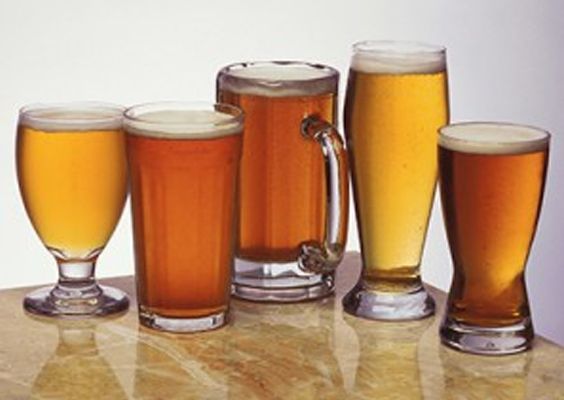 Have you heard that beer can improve your brain? If you enjoy beer, that’s one good reason to have one this coming 4th of July weekend.

We already know that moderate amounts of beer can reduce the chance of heart disease by 41% and even lower the risk of cancer.1

But studies also show that moderate beer consumption can help you increase your ability to solve problems. And it brings out your creativity.

Here’s the story of how they discovered this, and how you can use what they found to increase your brainpower and creativity…

Researchers at the University of Illinois at Chicago set up a problem-solving game with 40 people. 20 people drank two pints of beer. 20 people didn’t drink any alcohol at all.

After their drinks, both groups played some rounds of word puzzles and brain teasers. The people participating played a word association game.

People who drank before playing answered 40% more questions correct. And they answered the questions 3.5 times faster than those who didn’t drink.2

It doesn’t prove cause and effect. But it seems drinking a bit of alcohol can allow your brain to enter a more flexible state of attention. This can help you come up with creative solutions.

When you drink a beer, the alcohol reduces your ability to pay attention and focus – also known as your working memory capacity (WMC).

Now this may seem counterproductive, but when your WMC slows down, your brain relaxes. It doesn’t respond to nagging outside interferences. This can allow your mind to be more creative.

This is contrary to the belief that you need to focus in order to be innovative. And it could explain why some of the most creative people in history were known drinkers like Ernest Hemingway and Vincent Van Gogh.

By no means am I saying this is a reason to go overboard with drinking. In fact, the study concluded that while beer may be helpful with problem solving, it doesn’t help memory.

If you drink too much alcohol of any kind, it inhibits your absorption of B vitamins – specifically B1, thiamine, B6 and B12.

If you become vitamin B deficient, it can cause something called Wernicke’s aphasia. It’s why drinkers can have trouble remembering simple things like the name of that song, or the name of a common object.

When I worked in the ER, I saw many alcoholics come in who couldn’t even remember where they lived. For most of them, all they needed to get back to normal was a cocktail of B vitamins through an IV to help them recover from such a profound vitamin deficiency. But that’s not always the case. Lack of memory can become permanent if you drink too much.

The key is moderation. In all of these studies, only moderate drinkers profited. And by moderation, I mean one per day. So if you like to have a beer every now and then, you can have one without worrying.

I recommend you try low-carb beer. Each new one seems to outperform the last, in terms of flavor and fullness.

Some of the low-calorie beer might also be low-carb, but check the label to be sure. Michelob Light, for example, has lower calories, but has almost 12g of carbs. It’s low-carb cousin, Michelob Ultra, only has 2.6g of carbs, but the calories are higher. I recommend the lower carb because it’s carbohydrate intake that’s more important when it comes to the long-term effect on your fat-building metabolism.