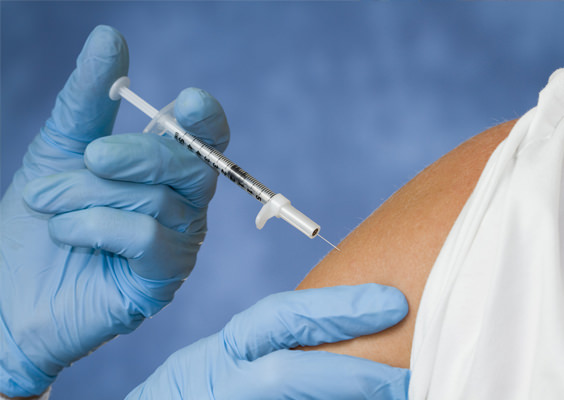 Welcome to the flu season. You’re smack in the middle of it. You’ve probably seen the signs offering free flu shots outside your local pharmacies.

Between October and May each year, the myth about the effectiveness of the flu vaccine is hyped to a fevered pitch (pardon the pun). I’ve never had a flu shot in my life.

Unlike many alternative health doctors, I’m not against vaccines as a rule. Vaccines have knocked out many of the ancient scourges — like bubonic plague, small pox and polio. But flu shots are different.

First of all, I don’t believe the flu vaccine is effective — given the risk you must take. And I’ve seen many patients over the years who were vaccinated against the flu, and they still got sick. More importantly, flu shots also inject toxins into your body that can result in serious health problems down the road.

In today’s article, I’m going to show you how you can build up your own immune system, so your body can fight unwanted bacterial and viral infections all by itself — without a vaccine.

But first, let’s take a look at the real effectiveness of flu shots — and exactly what the risks are.

Most doctors won’t tell you about the risks and they exaggerate the flu shot’s effectiveness.

p>The 2014-2015 flu season was one of the worst in years… and the vaccine, which widely pushed by public health organizations as the best way to prevent getting sick, was a big failure.

Data from the U.S. Centers for Disease Control and Prevention revealed the injectable flu vaccine prevented only around 18% of cases last year.

That means 82% of everyone who was given the injectable vaccine thought they were protected from influenza, but they got the bug anyway. And the inhaled live-virus nasal spray vaccine performed even worse, with potentially zero benefit for young children.

One of the problems is that flu vaccines are prepared a year in advance. So the manufacturers can only guess which strain of flu will be the biggest threat each season. And if their guess is wrong, the vaccine is useless.

You see, even when flu strains mutate — as they often do — health officials continue to recommend vaccine as the only way to protect yourself, especially for children and the elderly.

Even on a good year, when they do manage to match the vaccine with the circulating strain, the success rate is only around 60%.

So you’re right to be cautious about a vaccine with this kind of record.

But it’s not just the effectiveness o

Toxins present in the typical flu vaccine include:

But this isn’t the only side effect. It can cause everything from headache, vomiting, fever and muscle aches to encephalitis, Guillain-Barré Syndrome and neurological disorders.

The best way to avoid the flu — and the potential dangers of the vaccine — is to keep your body’s immune system in tip-top shape. A healthy immune system is the key to preventing infectious diseases.

Here are some smart ways to build your immune system: And my favorite immune system boosting herbs are: