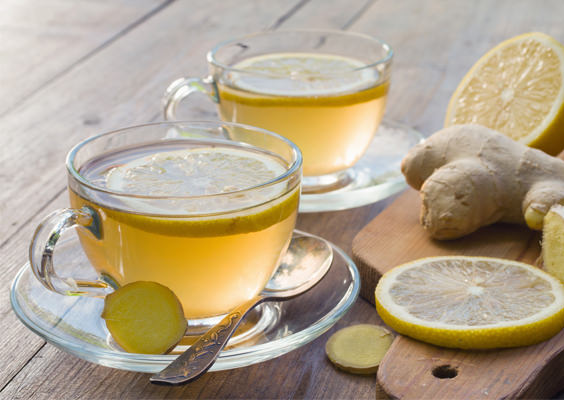 Every time I come back to Africa, I’m reminded just how natural the health care is here.

I recently watched one local herbalist cure a patient of chronic heartburn with a tea made from a popular root (more about that soon).

Heartburn is a common disorder of the stomach caused by the overproduction of stomach acid. In America, mainstream medicine is likely throwing Big Pharma’s “treatments” at you — like proton-pump inhibitors (PPIs), which block the production of stomach acid. You might know these better as Nexium, Prilosec and Prevacid.

But these PPIs have some pretty BIG downsides you’re unlikely to hear about from your doctor.

Studies show that they can:

And while PPIs may help relieve your heartburn in the short-term — they won’t solve the problem.

In a minute, I’m going to tell you about some great natural remedies for heartburn that are well-known here in Africa — and to patients who come to my clinic.

But first, let’s look at why mainstream medicine’s PPI “remedies” are not the answer to your heartburn.

The core problem with them is they’re focused on your stomach acid as the cause of heartburn. But the latest scientific research doesn’t support this at all.

You see, as we get older, your body produce LESS stomach acid. Recently published research in the American Journal of Digestive Diseases revealed that 69% of adults over the age of 80 actually suffer from achlorhydria, a condition characterized by LOW stomach acid.iv

If excess stomach acid were really the causes of heartburn, children would suffer more than adults. And that’s obviously not the case.

So what’s really going on?

Contrary to mainstream medicine’s claims, stomach acid is NOT your enemy. We need stomach acid, because it helps to digest food and absorb nutrients. Your stomach acid is also a critical part of your immune system. It helps protect you from harmful bacteria — like H. Pylori, which thrives in a low-acid environment and is a major cause of stomach and duodenal ulcers, gastritis and can even cause gastric cancer.

An overlooked cause of heartburn is your lower esophageal sphincter (LES). This is a small muscle that opens and closes to let food pass from your esophagus into the stomach.

Normally, when food passes, your LES closes and blocks stomach acid from coming back through the esophagus.

The problem begins when your LES doesn’t shut tight. This happens more often as you age. Even a slight opening can let stomach acid, bile and food back into your esophagus. Your upper esophageal sphincter (UES) at the top of your stomach can also let acid into your esophagus.

While antacids may relieve some of the symptoms, they won’t do anything for the underlying problem.

First of all, there are a number of easy ways to avoid heartburn in the first place. I recommend:

But sometimes heartburn is unavoidable. So instead of risking nasty side effects with PPIs, I recommend safe natural remedies. Here are my favorites: