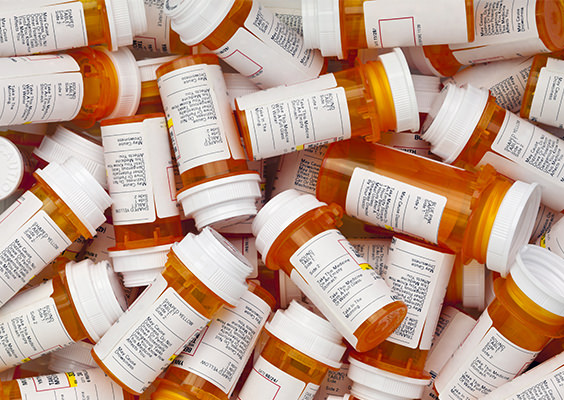 When Glenn Frey, a co-founder and driving force behind ’70s supergroup the Eagles, died on January 18, I wasn’t just saddened by the loss. I was deeply concerned about the manner of his death.

News reports said Frey died from a combination of “complications” from rheumatoid arthritis (RA), one of the most debilitating chronic diseases. RA is an inflammatory autoimmune condition. It affects the entire body — particularly the joints. The body develops antibodies against its own joint tissues, breaking them down.

A modern inflammatory diet, genetic factors and food allergies all play a role in developing RA. Environmental toxins and pollutions also trigger inflammation and contribute to the disease.

But there’s a dark subtext to Frey’s death that you’ll never hear about from mainstream medicine — especially if you’re suffering from rheumatoid arthritis yourself.

The standard mainstream treatment for RA relies on Big Pharma drugs to cover up the symptoms. But many people quit the drugs because of serious side effects.

The Eagle’s singer and guitarist didn’t quit them. And some of those “complications” referred to by the news reports — and his death — are undoubtedly the result of that decision.

The Big Pharma meds used to treat RA are called “disease-modifying anti-rheumatic drugs” or DMARDs. You may know them as Humira, Remicade and Enbrel. These so-called “biologic” drugs work to suppress patients’ overactive immune systems, and that makes them vulnerable to infection.

Although Frey suffered for years with the pain of RA, in the end what killed him was pneumonia and colitis – which could have been the result of the drugs that wreaked havoc on his immune system.

Studies have already linked Humira or Remicade to pneumonia, as well as lymphoma, tuberculosis and skin, gastrointestinal, breast and lung tumors.1,2

I don’t prescribe any of those drugs to treat RA. Instead, I help my patients cool the inflammation with diet and nutrients, especially vitamin K2.

A brand new study in the European Journal of Pharmacology proves vitamin K2 is effective in treating RA.3

Doctors divided 84 RA patients into two groups. One group received 100 mcg of a special form of vitamin K2 every day in addition to their RA medications. The other group just received drugs.

After three months, the K2 group had significant decreases in four measures of inflammation and RA. They also showed increased levels of osteocalcin, an important marker of bone health. And unlike the drugs, there were no toxic side effects of the vitamin.

Sadly, the modern Western diet is deficient in vitamin K2. But you can get plenty of K2 by eating traditional primal foods like our ancestors did.

Grass-fed Organ Meats – If you’ve got a taste for it, liver is an excellent source of K2. Personally, I love liver and onions. But make sure you get your organ meats from grass-fed, free-range cattle. Animals that eat grass convert vitamin K1 from the greens into K2. If they eat grains they don’t get the raw materials to make the conversion.

Egg Yolks – I’ve been telling my patients for years that eggs are not the enemy. They’ll give you a good dose of K2, as well as plenty of other vitamins and nutrients. Whenever possible, choose pasture-raised, vegetarian-fed eggs.

Grass-fed or Raw Whole Milk – Like organ meats, milk from grass-fed animals is rich in vitamin K2. Make sure it’s full-fat, and if possible, I would even recommend raw milk. Many states have co-ops that sell it. But check your local laws, as some states make raw milk illegal.

Traditionally Fermented Cheese – Cheeses highest in K2 are Gouda and Brie. Each contains about 75 mcg per ounce. Other good choices are Edam, Swiss Emmental, and Norwegian Jarlsberg.

You can also take a vitamin K2 supplement. Just remember that K2 is not the same as K1. Vitamin K1 helps with blood clotting but not bone and joint health.

Vitamin K2 comes in several different forms called menaquinones. They’re numbered from four to nine. The higher the number, the more bioavailable and long-lasting the K2.

You may see many supplements with MK-4. But MK-4 has a very short biological half-life of only about one hour.

Look for a supplement with the MK-7 form. That’s the form used in the most recent RA study. It is much more bioactive than MK-4 and has a half-life of three days, so it has time to build up in your blood.

I recommend 45 to 90 mcg of vitamin K2 per day. And it’s fat-soluble, so take it with a meal to improve absorption.

Meanwhile, I also recommend you get enough vitamin D. Nearly all autoimmune diseases seem to be triggered by vitamin D deficiencies, and RA is no different. Studies show that vitamin D can reduce the incidence of rheumatoid arthritis by as much as 34%.

The sun is good for you. So be sure you get enough regular sun exposure. Getting some midday sun unprotected for about 10 to 15 minutes a day will give you between 3,000 and 5,000 IUs of vitamin D3.

You can also get vitamin D3 supplements that include vitamin K2. These not only help fight RA but also activate and improve absorption of vitamin D3.