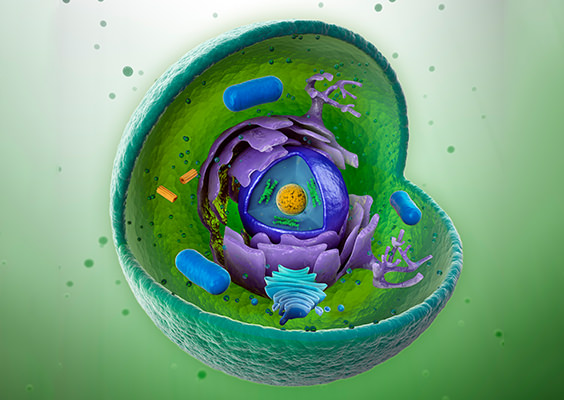 Telomere science changed everything we knew about aging. But today, I want to talk to you about the other half of the anti-aging equation.

Regular readers will already know by protecting your telomeres, you can slow — and even reverse — the aging process. You see, your telomeres are like little countdown clocks that protect the DNA in your cells. They shorten with each cell division. And the shorter they get the faster you develop the signs of aging. So by protecting and nourishing them, you can literally turn back the years.

I was one of the first doctors to put telomere science to the test. And for years, I’ve been helping patients measure, protect and lengthen their telomeres.

But I’ve also discovered that telomeres are only HALF the story when it comes to aging. Let me explain…

You see, your cells also contain tiny organelles called mitochondria. These are the power plants that turn fuel into energy. And your mitochondria have their own DNA and their own impact on the aging process. Mainstream medicine still ignores the anti-aging power of mitochondria. But in today’s letter, I’m going to show you how to boost mitochondria while at home.

But first, let’s look at why your mitochondria are so important…

Each of your cells has at least one of these tiny power plants. The average cell has 200. And cells for important organs, like your heart and brain, can have more than 10,000.

But here’s the problem: As you age, these tiny power plants become damaged and start to die off. And you lose your capacity to make energy.

The first thing that happens is that your cellular energy takes a dive. You feel tired and fatigued. But then they malfunction, and devastating diseases can follow:

Today, this happens at a faster rate than what your parents and grandparents experienced because now we’re living in a highly toxic environment. And exposure to toxic chemicals can cause the body to age faster.

You see, today, we’re faced with “accelerated aging” because of environmental factors, such as cigarette smoke and ultraviolet rays from the sun. And its effect can age you prematurely.

But there are ways to support mitochondria…

Here at the Sears Institute for Anti-Aging Medicine, I help my patients prevent and repair damage to the mitochondria.

And I do this not with Big Pharma meds, but with nutrients. Here are just four of the nutrients I recommend that have been proven to support your mitochondrial function and boost energy.

Research proves what I’ve seen in my patients. Lab Rats given rhodiola were able to swim 25% longer before becoming exhausted.9 That’s because the herb helped trigger energy synthesis in the mitochondria.

Rhodiola can also energize people. Just one 200 mg dose helped people in one study improve their exercise endurance.10 In another study, students taking 100 mg of rhodiola every day improved their capacity to work. Their learning ability increased by 61% and their fatigue levels dropped by 30%.11 You can find Rhodiola tea in your local health food store. Or you can take it in capsule form. It’s also called golden root or roseroot. But make sure you get a formula with enough of the herb’s active compounds. Look for an extract standardized to contain at least 3% rosavins and 1% salidroside. That’s the same ratio found in the natural root.

I recommend taking 200 mg a day on an empty stomach, preferably in the morning because rhodiola stimulates your brain.

I’ve been tinkering with a new formula to support your mitochondria. And it contains all the ALC, NAC, and rhodiola you need. So stay tuned.