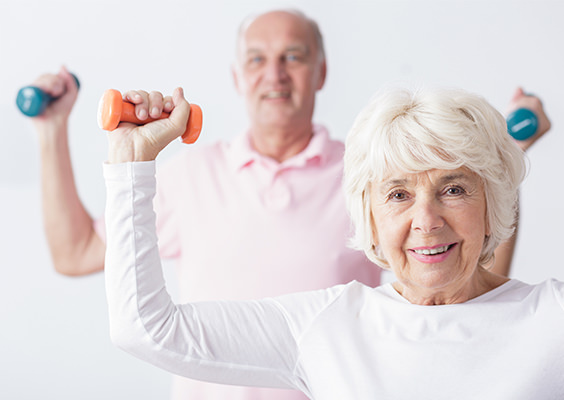 Your grandmother probably never heard of osteoporosis. Then Big Pharma came out with the first bone drug in 1995. Now billions are spent on this disease. And everyone worries about bone density.

But there is another condition just as threatening. Maybe even more so… but you won’t see any TV ads. Mainstream doctors rarely, if ever, bring it up with their patients… even though it affects around 45% of the older population.

I’m talking about sarcopenia… a loss of muscle as you age. So why am I the only one telling you about it?  Because there’s no drug to treat it — so there’s no profit for Big Pharma. And while some Big Pharma giants are currently looking for ways to make a buck off sarcopenia, it’s not currently classified as a “disease.” And without that classification, there’s no hope of getting a drug to “cure” it approved by the FDA.

If you do nothing to stop sarcopenia, you will lose about three pounds of muscle every decade. By the time you’re 80 you could drop 35% to 40% of your muscle mass.1

But there’s good news. Not only can sarcopenia be stopped in its tracks — it can be reversed. And research proves it.

How To Reverse Sarcopenia

In a ground-breaking study, researchers took muscle samples from young adults and older adults. The older adults were 59% weaker than the younger ones. Then the older group did exercises three times per week.

After just six months, the older group improved their muscle strength by about 50%. But there was an even more remarkable side effect. Their muscle tissue was rejuvenated. In fact, most of the genes that express aging were reversed back to younger levels! 2

In other words, building muscle also reversed the aging process.

How To Build Your Muscle

And it’s never too late to build muscle. In one study, 21 frail, older people took part in a strength program for 11 weeks. Their muscle mass increased by up to 60%. In addition, they had better balance, strength and physical ability, making them less likely to fall.3 1. Eat More Protein. Protein provides the basic building blocks for your muscles. But as most people get older they tend to eat less protein. I advise my patients to eat one gram of protein for every pound of lean body mass.

The best sources of protein are lean red meat, fish, poultry, eggs, cheese and nuts. Protein powders can be a big help. A protein smoothie every day is a reliable way to boost your protein intake and help build new muscle. Look for whey protein from grass-fed animals.

2. Use Muscle To Build Muscle. Exercise is the most powerful tool for building muscle. For the biggest impact I recommend starting with the largest muscles in the body. Those are the quadriceps on the front of your thighs. In one study, researchers had older men do exercises similar to what I recommend in my PACE program. They worked three times per week on their lower body. And their quad strength increased as much as 226%.4

How To Strengthen Your Quads

Here’s a PACE move to increase the strength in your quads. It’s called alternating lunges.

To make it truly PACE, increase the challenge slightly with each set. I call that “progressivity.” Also, to get stronger quads and more muscle strength even faster, use “acceleration.” That means shorten your recovery time between sets, or get up to your desired intensity faster.