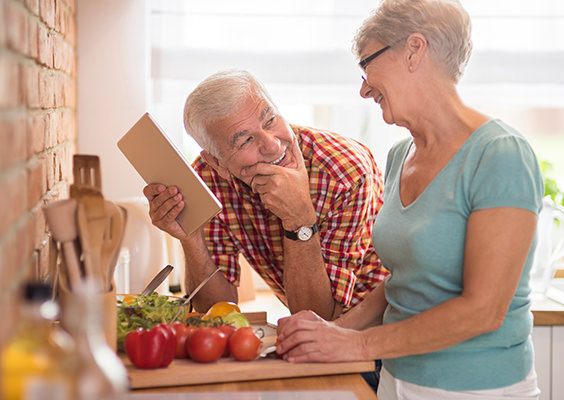 Many people who live to be 100 or more have something in common. And it’s not that they’ve followed conventional “wisdom” about healthy diet and exercise. It’s that their bodies make more of a powerful antioxidant called glutathione than the average person.

It’s what keeps them from being ravaged by the toxic world we live in.

Glutathione is an important antioxidant produced by the body

By now you know your body is under attack every day from the air you breathe, the chemicals you use, and the processed foods you eat. These toxins cause your body to produce free radicals.

Effects Of Free Radicals In Your Body That’s why people with the highest levels of glutathione have an advantage. Let me explain…

Glutathione protects your mitochondria from free-radical damage. But as your body’s “master antioxidant,” it does a lot more than that…

You see, most antioxidants — like vitamins C and E — are destroyed after wiping out a free radical. Glutathione is powerful enough to bring them back to life. It’s also able to recharge itself after doing battle with free radicals.

Connection Between Glutathione and Longevity

Multiple studies show a clear connection between glutathione and health and longevity.

In one, researchers in Denmark found that glutathione levels were much higher in centenarians than in a group of 60- to 79-year-olds who lived in the same county. And among the 100-plus group, those who were the most active had the highest levels of this super-antioxidant.1

But not only do people with a lot of glutathione routinely live past 100, studies indicate that glutathione may also prevent many of the chronic diseases associated with aging. Like arthritis, high blood pressure, heart disease, cancer and diabetes — just to name a few. In fact, in a review of multiple studies, researchers found that nearly 80% of people with chronic ailments were deficient in glutathione.

Boosting Your Glutathione Is Easy

Glutathione naturally declines as you age. But there’s an easy, effective and safe way to increase your levels. By taking an amino acid supplement called N-Acetyl Cysteine (NAC).

NAC is a precursor to glutathione. It’s been used for decades to treat acetaminophen (Tylenol) poisoning. But its importance — and effectiveness — in boosting glutathione is something mainstream doctors know very little about.

In one study, cancer patients were given 600 mg of NAC a day for three months. At the end of the three months, their blood plasma levels of glutathione had increased by 38%.2

How NAC Helps To Boost Glutathione

Here’s what else NAC has been shown to do, thanks to its ability to increase glutathione:

I recommend taking 600 mg a day of NAC to help boost glutathione. There are other nutritional supplements that will also help increase your natural production of glutathione. Some of them are: Of course, you can also increase your glutathione levels through your diet. Choose foods high in glycine and cysteine, like meat, eggs and fish. These amino acids are also found in yogurt, sunflower seeds, horseradish, broccoli, cauliflower, cabbage, red peppers and Brussels sprouts.