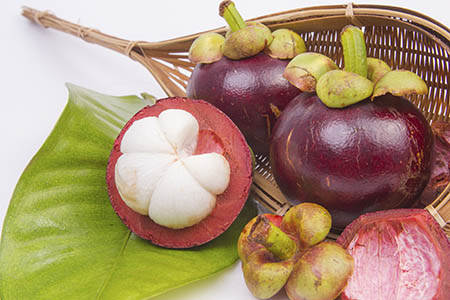 If you're a woman with a family history of breast cancer, your doctor may recommend you start taking a toxic chemo drug like tamoxifen to lower your risk of developing the disease.

Even if you have no signs or symptoms of cancer.

Tamoxifen is what's known as a chemopreventive agent. That's a fancy phrase that means it's something that prevents cancer from forming.

But its track record isn't all that impressive. Trials found that for every 1,000 women who take the drugs, only 21 to 35 cases of cancer would be prevented.

And the side effects are downright terrifying. Bone pain, blood clots, increased risk of stroke. Tamoxifen could even cause you to get endometrial cancer.

Isn't that ironic? They'd give a healthy person something that's been shown to cause cancer in order to prevent cancer.

Fortunately, nature has been giving us safe chemopreventive agents long before we came up with that phrase. 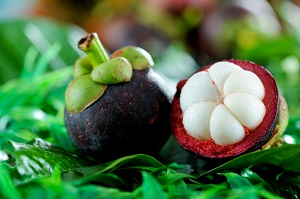 I've told you about so many over the years. But I bet you've never heard of the one I'm going to tell you about today…

It's a rare fruit that's almost impossible to find in America. In fact, before 2007 it was even illegal to bring this fruit into the U.S.

It's called a mangosteen, or the "Queen of Fruits."

Mangosteens are about the size of a fist with a deep purple, leathery skin. Inside are six to eight white, juicy wedges. The segments are sweet and tangy. They taste a little like a mixture of lychee fruit, pineapple, peach and strawberry.

This fruit is treasured for its luscious flavor. But it is also a super-fruit when it comes to health benefits.

For centuries, the skin of mangosteen was used by traditional healers in Asia to treat a variety of conditions. Modern research is just catching up with mangosteen's healing potential.

In numerous cancer studies, mangosteen has been shown to control inflammation, cell division and growth, programmed cell death and metastasis. Mangosteen xanthones are proven to:

In 2008, researchers at the University of Illinois found that four of the 12 xanthones they screened were formidable aromatase-inhibitors — compounds that lower estrogen levels. That means they can successfully treat estrogen-dependent tumors. Like breast cancer tumors.

That's exactly the same way tamoxifen works to fight breast cancer tumors. Which would you rather put into your body?

Where to get mangosteen 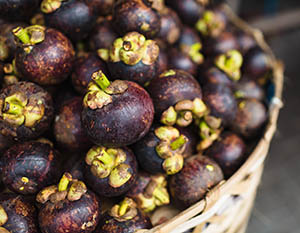 Although growers have tried to raise mangosteens in Puerto Rico, Florida and California, they haven't had much luck. And the fruit is difficult to import because it's so perishable.

You see, mangosteens have to ripen fully on the tree. And shipping ripe fruit across the globe before it spoils is very tricky and costly. That's why you'll likely never see a mangosteen in your local market.

But you can find mangosteen juice. And that can be even better than eating the fruit. That's because most of the xanthones are found in the bitter purple rind of the mangosteen. Most people won't eat that. But when the whole fruit is juiced you get the benefit of the xanthones.

I like to use mangosteen juice to make vinaigrette for salads. Here's an easy recipe:

Combine all ingredients in a glass jar and shake well to combine. That's it!

You can also find freeze-dried or powdered mangosteen. Add them or the juice to smoothies to get the benefits of the xanthones.

But avoid canned mangosteen. The heat from the canning degrades the healthy compounds.