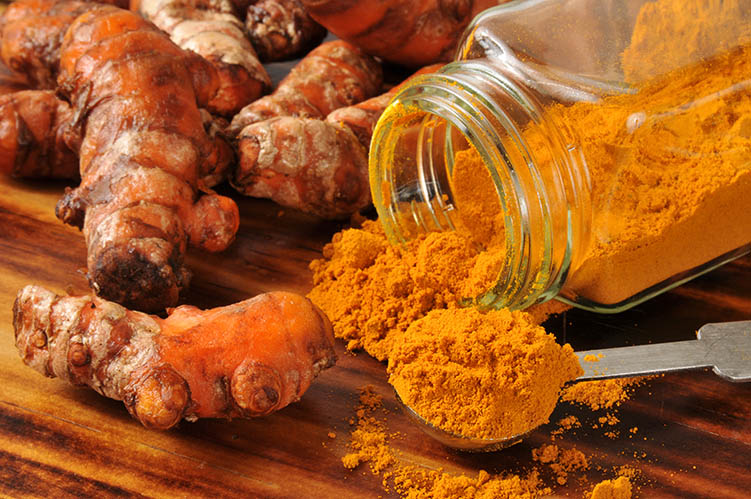 I’ve met a lot of people in my travels over the past few decades. I don’t remember all of the names and faces, but there are some that I’ll remember for the rest of my life…

One is an older woman I met while I was studying Ayurvedic medicine in India in the 1990s. I assumed by her appearance that she was in her late 70s. She was active and engaging. I remember thinking she looked great for her age.

And then she dropped the bomb…

I thought she was pulling my leg at first. But when she introduced me to her 75-year-old granddaughter, I knew she wasn’t kidding.

When I asked what her secret was, she insisted she didn’t have one. Then her granddaughter reminded her about the “root” she cooked with every day.

She was talking about turmeric.

Right then and there, I knew I had to learn everything I could about this incredible herb.

Western medicine turns their noses up at herbal therapies. They think its voodoo medicine. But try telling that to the herbalists and healers from around the world who have relied on nature’s miracle cures for thousands of years.

You see, the root of the turmeric plant contains a compound called curcumin. Curcumin is a potent antioxidant that fights what we consider the diseases of aging by reducing inflammation. It helps keep your telomeres long. But it also halts the aging process in another important way… by protecting your mitochondria.

Mitochondria are the tiny “power plants” that provide the energy your cells need to function. They also control the health of your tissues, your muscles, your organs and your skin.

The problem is your mitochondria become weaker as you get older. They die off. As this happens, you lose your capacity to make energy. Your physical and mental performance decline.1

Mitochondria also produce a lot of free radicals. This oxidation breaks them down. In other words, they damage their own DNA. They begin to misfire and malfunction. And this leads to disease and aging.

But curcumin reverses this through a process called mitochondrial biogenesis. It’s how you stop — and reverse — the degrading of your mitochondria. It’s also how you rejuvenate your existing mitochondria.

A study published last year in the journal Neuroscience showed that curcumin reversed mitochondrial damage and dysfunction caused by oxidative stress in astrocytes — a type of brain cell. It also protected the cells from oxidative stress.2 Oxidative stress in these cells is associated with neurodegenerative diseases like Alzheimer’s and
Parkinson’s.

In another study, curcumin restored the mitochondrial function in the damaged livers and kidneys of diabetic mice.3

Several past studies have already proven that high-intensity exertion — like my PACE exercise program — creates more energy-producing mitochondria, especially in the brain and heart.4 In 2015, researchers discovered that adding curcumin to the mix enhanced the effect exercise had on increasing the number of healthy mitochondria in skeletal muscle.5 Golden Milk, sometimes called a Turmeric Latte, is a delicious way to enjoy the healing benefits of curcumin.

You can harness the power of curcumin by cooking with turmeric. Just like my friend in India. I grind up some of the root and use it in everything from scrambled eggs to stir fries.

But another great way to enjoy turmeric is by making Golden Milk. This is a modern version of an ancient Indian beverage called haldi doodh. The classic Indian drink is nothing more than powdered turmeric dissolved in hot milk. This updated version adds a few extra ingredients that kick up the health benefits a notch. They also add incredible flavor.

Of course, to get the best bang for your buck, you can take a curcumin supplement. I recommend 500-1,000 mg per day.