Did you watch the Super Bowl last week? I managed to catch part of the game even though I’m still on the other side of the world, in Uganda.

Patriots quarterback Tom Brady pulled off one heck of a comeback, didn’t he? But seeing him get sacked five times reminded me how tough pro football can be on players’ bodies. It also reminded me of another incredible NFL quarterback. One who lives right up the coast from me here in South Florida — Joe Namath.

Joe had an amazing career with the New York Jets. But the bone-crunching blows that come with the sport left him with damage to his brain. 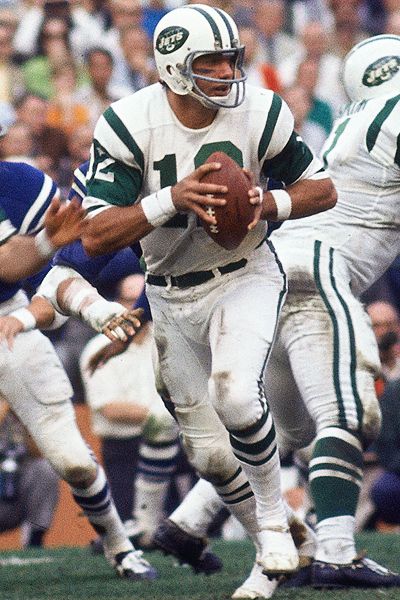 Years of crushing blows on the gridiron took a toll on Joe Namath’s brain. But he’s seen dramatic improvement since undergoing oxygen treatments.

But you can experience TBI from other things, too. Like falls, car accidents or other head trauma. People with TBI have symptoms like memory loss, confusion, headaches, trouble speaking, vision loss and a lack of coordination.

Your risk of developing Alzheimer’s and dementia also increases dramatically after a brain injury.

Mainstream medicine doesn’t have a lot of good options for people with TBI. They’ve got a long list of drugs they might put you on… everything from anti-anxiety drugs to anti-psychotic drugs to sedatives. And you might spend years in rehab…

And incredibly, mainstream doctors won’t tell you about one treatment that can actually heal your damaged brain. It’s the treatment Joe Namath used.

And it dramatically changed his life.

Joe saw such an improvement in his cognitive function after undergoing HBOT that he’s now an outspoken advocate for the therapy. And his brain scans back up his recovery claims.

Areas that were once dark on the scans — showing decreased blood flow — lit up after Joe’s HBOT treatment.

Joe’s not the only brain-injury patient to be helped by HBOT. A study published in the journal PLOS One looked at 56 patients with post-concussion TBI who underwent HBOT. After eight weeks, the patients had significant brain function improvements, as well as improved quality of life. Even if their injuries had occurred years before.1

HBOT involves breathing pure oxygen in a pressurized chamber. This allows your lungs to take in much more oxygen than they normally do. It also stimulates the growth of new blood vessels, which heals and regenerates damaged or diseased tissues, blood vessels and cells throughout your body.

Your body needs an adequate supply of oxygen to function properly. And when you suffer damage — to the brain or any other tissue — you need even more oxygen. That’s why it’s critical to increase the amount of oxygen your blood is able to carry to promote healing.

When it comes to your brain, HBOT can do more than just heal damage caused by trauma. Studies have found it improved symptoms in kids with autism;2 enhanced cognitive function in patients with vascular dementia;3 and repaired brain damage in stroke victims.

In fact, in a study at Tel Aviv University, stroke patients who received HBOT for two months recovered from paralysis, were able to speak again, and had an increase in sensation. Scans of their brains showed increased neuronal activity.4

And here’s the really exciting part…

Even though conventional doctors say there’s no hope for stroke patients after six months, the study participants had their strokes six months to three years prior to receiving HBOT.

This is truly an incredible therapy. It’s also a powerful healer for:

I’ve been treating patients with oxygen therapy for years at the Sears Institute for Anti-Aging Medicine. If you’d like to learn more about how HBOT can help you, please call my staff at 561-784-7852.