This year, all the employees at the Sears Institute received a “beyond organic” turkey that I ordered from my friend Joel Salatin of Polyface Farm. 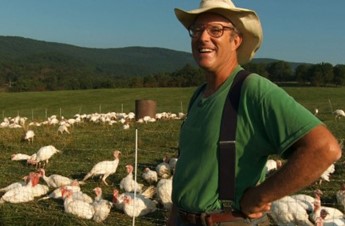 Joel’s turkeys are nothing like the smelly industrial birds you find on commercial farms. His birds are happy, clean and cute.

My son Dylan and I flew to Virginia to spent time with Joel on his farm last year. The turkeys he raises are allowed to forage in an open-air environment and they are clean, healthy, cute birds.

But Joel’s had to fight the bureaucratic food industry for years.

These government dictocrats declared that this was “inherently unsanitary” — and against the law.

You see, the powers that be said that to have “clean” poultry, you MUST process them in an area with four enclosed walls… then wash them with chlorine bleach!

Joel proved his poultry was better…

He had a culture taken from one of his birds and another taken from a piece of commercial poultry. They were analyzed in a neutral lab off site.

The birds from the store averaged 3,600 colony-forming units of bacteria/mm. The chickens from Joel’s farm had 130.

I worked at a commercial turkey farm when I was a teenager… and I can tell you that when you mass breed them like that, the birds are sick, smelly and dirty.

Industrial turkeys are housed with thousands of other birds and fed a diet of genetically engineered corn and soybeans to artificially fatten them up. They’re also injected with antibiotics to prevent the spread of illnesses.

Just like factory-produced beef or farm raised fish… you can’t have a healthy turkey if it comes from an unnatural environment.

But the birds from Joel’s farm aren’t just healthier, they taste a heck of a lot better!

Last year, my family and I devoured our turkey on Thanksgiving. But we didn’t throw it away when we got down to the bones.

All too often, some of the most nutritious parts of the turkey end up in the trash.

In last year’s letter, we talked about the health benefits of giblets and organ meat. And I shared my grandmother’s recipe for giblet gravy.

This year, I want to share the incredible benefits of using turkey bones to make an immune-boosting bone broth.

Humans have been harvesting bone marrow for tens of thousands of years. Tragically, in the last 50 years or so, we’ve turned away from eating what’s certainly the most nutritious part of an animal. Bone marrow, the spongy inside of a bone, contains high amounts of protein, B vitamins, collagen and healthy fats.

But when it comes to strengthening your immune defense shield, it’s the amino acids in bones that make all the difference. For example:

Bone broth doesn’t just help prevent a virus from taking hold, it can help your body fight infection if a virus does invade your body. For example, bone broth can help clear your respiratory system. One important study showed that bone broth reduces the presence of white blood cells associated with inflammation in the upper respiratory system. This encourages a more effective immune response and helps symptoms clear up more quickly. 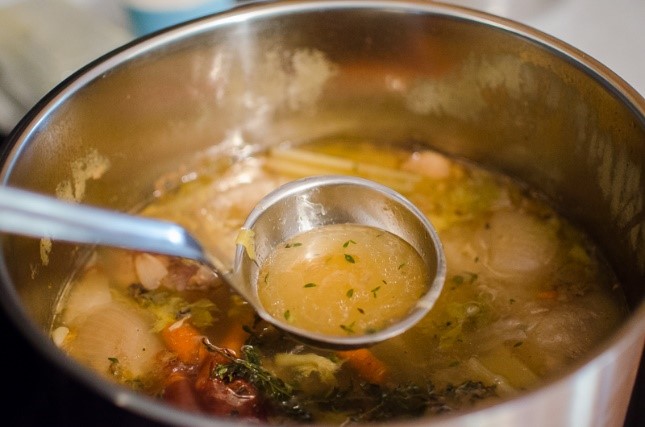 Turkey bone broth is a healthy and delicious way to boost immunity.

To Your Good Health and Happy Thanksgiving,