Is your immune system creating disease in your body?

Sometimes it’s not obvious, and requires tests that look for antigens.

Today there are more than 80 different types of autoimmune diseases and, sadly, modern medicine doesn’t have a cure for any of them.

These disorders happen when when your immune system goes into overdrive and attacks your own body instead of seeking out viruses, germs and other foreign invaders. Why? We can look to our modern, toxic environment.

A traditional doctor’s go-to treatment is a drug that alleviates symptoms. But once that stops being effective, they pull out the big guns – and prescribe an immunosuppressant that shuts down your immune system. That makes you vulnerable to life-threatening infections like pneumonia and even cancer.

But breakthrough research suggests CBD is an effective treatment for autoimmune disorders. And unlike other common treatments, CBD has no side effects.

The research into treating autoimmune diseases with CBD is promising:

In a five-week study, rheumatoid arthritis patients who received a CBD product reported reduced inflammation and significantly improved pain. Participants also said their sleep improved greatly and side effects were minor.1 A recent animal study looked at the effects of topical CBD on chronic rheumatoid arthritis pain. After one week, researchers concluded CBD provided long-lasting therapeutic effects with no negative side effects.2

A recent review of scientific studies from researchers at the University of Rochester Multiple Sclerosis Center in New York found that medical marijuana helped manage multiple sclerosis pain and reduced spasticity in 77% of patients. Another 70% reported that cannabis sativa improved their quality of life.3

Researchers tracked 102 fibromyalgia patients who used cannabis sativa for six months. At the end of the study, 33% of participants said they experienced “significant improvement” in pain, fatigue and stiffness. Almost 50% reported improvements in anxiety and depression. Incredibly, 47% of patients were able to stop or greatly reduce their use of Big Pharma painkillers.

While research on patients with type 1 diabetes is in its infancy, one early study found that regular use of cannabis sativa was associated with better blood sugar control and 16% lower fasting insulin levels. The study was published in The American Journal of Medicine.6

Supercharge Your CBD For Better Results 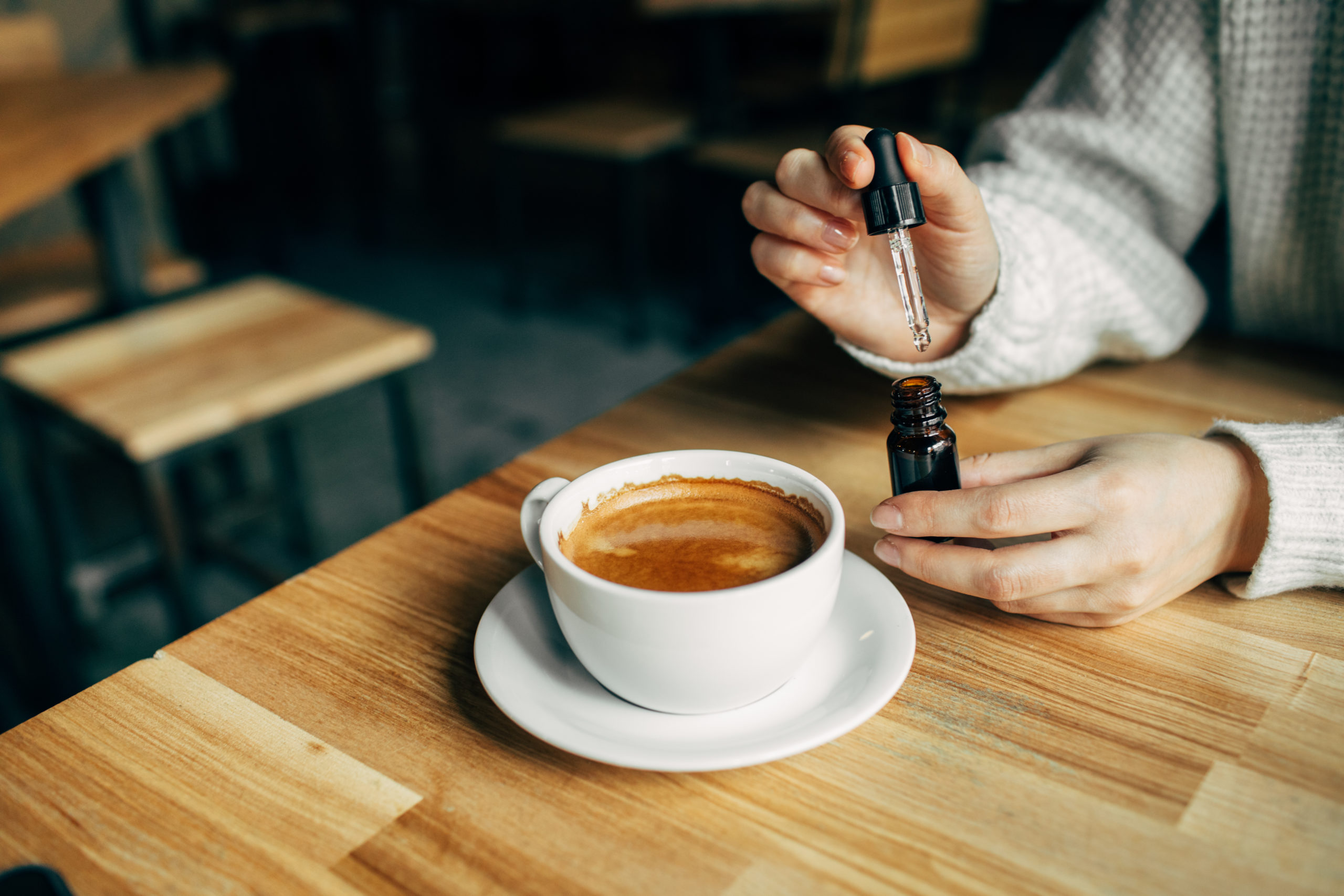 I add CBD oil to the other healthy fats in my morning “super” coffee.

A new study found that patients who ate healthy fats while taking CBD quadrupled their absorption level.7 So I started adding CBD to my morning “super” coffee. It’s a hot buttered coffee mixed with grass-fed butter and coconut oil.

I like to whip butter and coconut oil to form a creamy drink similar to a latte. Here’s how to make it: